Thehaggis13 said:
Depends how long the yankee propaganda holds the court of public opinion. In Fidels own words, history will absolve him
Click to expand...

Probably league two standard kill rate compared to US presidents who served am during his reign.

The gays is where to attack Fidel.

Quite low compared to what the USA kills yearly

Crean said:
Do we think over time, long into the future, that Castro will be thought of more highly on a universal scale than he is now?
Click to expand...

No. Because this is the internet age, unreputable sources are able to push a biased agenda in his favor.

Bogotazo said:
Peterson is an unqualified hack who spouts a lot of incoherent shit. When you fact-check and undress his rhetoric, he's simply repeating half-baked right-wing myths and scaremongering about violent leftists. He also pretends to be an advocate for free speech, yet calls for the dismantling of the humanities so that people stop adopting left-wing ideas. Years ago on CHB someone posted a video (that's no longer available in the same link) of his first speech that went viral. It had so many basic errors and cliched stances that it was easy to tear apart. (I'd modify some of the language I used here but only slightly.)


So many problems with this speech that are symptomatic of typical modern right-wing backlash.

"Post-modernists reject the structures of Western civilization, and I mean completely." No, what post-modernism does is it rejects the all-encompassing world views that modernist ideologies purported, and advocates a thorough deconstruction of ideas from their social origin. It's basically just a philosophy of criticism, applying the scientific method to social studies. Modernism rests on taking certain social truths for granted, post-modernism questions and deconstructs everything. It can and does go overboard, but it is not inherently some anti-western ideology.

"In the history of mankind, we're doing pretty damn well and we should be happy to be in the society we're living in." We're on the precipice of global destablization thanks to the production processes that gave us this standard of living. Not to mention we shouldn't just be toothless sheep who sit here satisfied with the fact we're living in the most unequal era in modern Western history despite also living in the most productive one. As usual, the criticism of post-modernism is really a backlash against the left and any sort of dissent against existing society.

He then purports that post-modernism doesn't use logic or dialogue simply because they criticize "logocentrism", which is a very complex topic based on language that he's conflating with other unrelated words with the same Latin root. It certainly has nothing to do with the reasoning behind not letting others speak at a campus.

White privilege theory does not posit that individuals are typified exemplars of their race. Dumb statement. He's not even familiar with the theories he's criticizing. I will agree that post-Marxist post-modern identity politics are overly reductionist and confuse who is oppressor and oppressed, because it ignores a class analysis.

It's funny but not surprising that he credits "Western corporate democracy" for a rising standard of living instead of the fact that workers had to collectively organize and struggle for every single benefit received in spite of the state's opposition to such actions, and that almost every single country that attempted socialism in the 20th century drastically improved, with the vast majority seeing immediate decline in quality of life indicators once they liberalized economically. "Nothing but murderousness and oppression..." unlike every 3rd world country having its labor force massacred by US-backed military regimes protecting corporate interests

I would love to see where he's getting his statistics for this publishing scam in Universities. In all of my humanities classes I never had the opportunity to have something published unless it was a dissertation. It's bizarre that he's acting like some bastion of free speech but wants to defund entire fields in centers of education because they say things he doesn't like-the very same thing he's accusing the post-modern left of doing. The fact is that funding for humanities is constantly being cut, this image of some rampant growing monster that's going to take over the world out of sociology classes is fucking pathetic and inaccurate. Anthropology, Sociology, he basically just wants to defund any class that actually questions society and challenges the idyllic view of Western civilization he seems to hold so dear to his heart.

Here's is his basic thesis: nobody complain, stop questioning my snowlfake Western capitalist sensibilities, let's make conservatism win again because the post-modern left is TAKING OVER IN AN INVASION even though Trump just got elected and neo-fascism is on the rise in Europe. No thanks.
It's funny, people love to make fun of liberal arts/humanities because they don't automatically funnel students into corporate jobs, yet here we end up with guy that has no formal education In these fields and can't tell his ass from his elbow when talking about political philosophy, ensnaring the minds of millions of alienated youtube viewers that don't know any better.

As to your second point about confirmation bias in media, it's a pretty well-observed phenomenon that can be be challenged somewhat by observing commentary that interacts critically with the specifics of an opposing view. Which is also why someone like Peterson is dangerous; he invokes straw mans and shies away from making concrete arguments about basically anything.
Click to expand...

Danny Robson has a good summary of Peterson

Staff member
While many around the world are commemorating the tragedy of the attack on the Twin Towers on September 11th, 2001, Chileans and leftists around the world are also commemorating the US-backed coup in 1973 which overthrew Salvador Allende in Chile, and installed one of the most brutal and murderous dictatorships seen in Latin America under Augusto Pinochet. 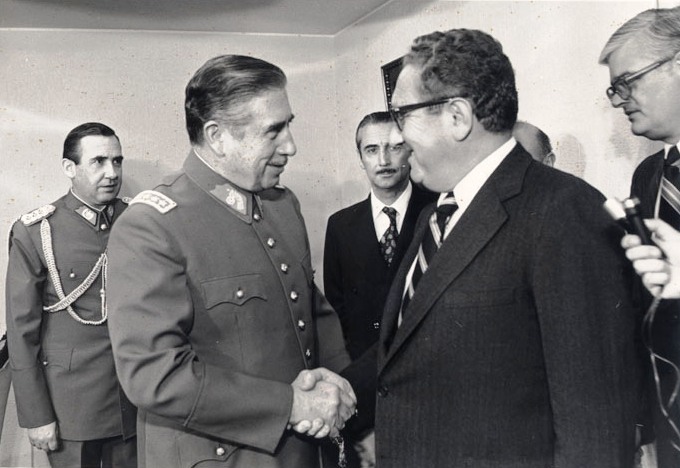 The Coup in Chile

How the reasonable men of capitalism orchestrated horror in Chile 46 years ago today.

These were Allende's last words:

As Chileans continue to organize against rampant inequality and economic insecurity under their current right-wing government, they must be wary of the possibilities of a fascistic resurgance in the country. 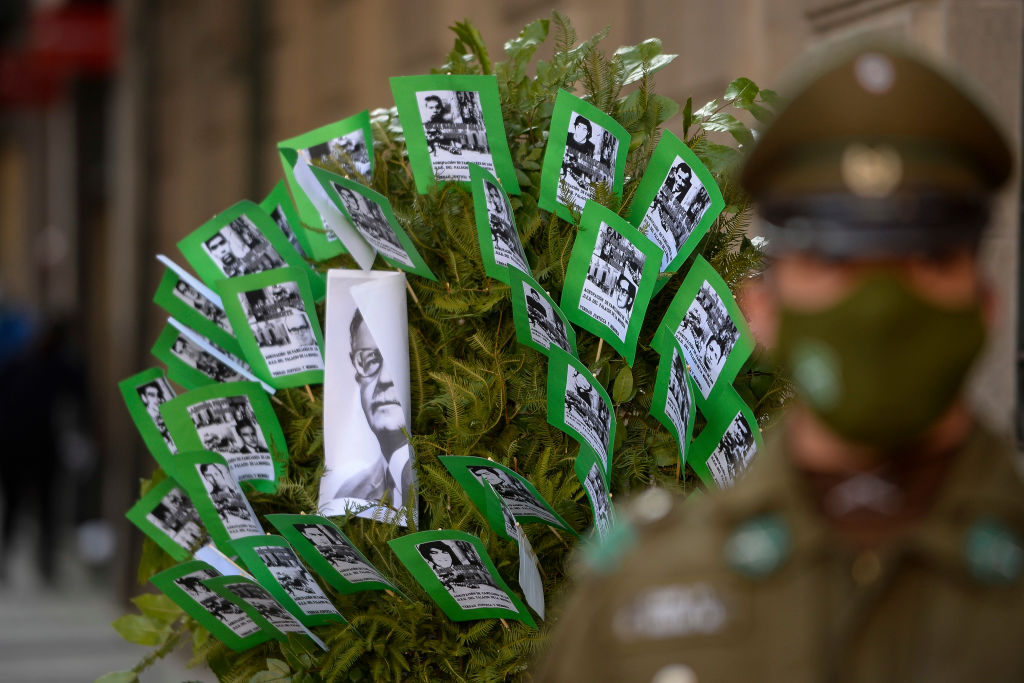 After last October’s popular revolt, Chileans are due to vote on a new constitution to replace the current Pinochet-era document. But far-right forces are mobilizing to prevent any change — threatening deadly violence against social movements and indigenous people.